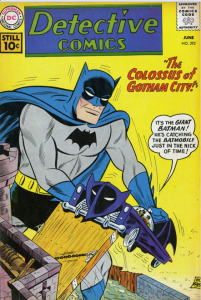 Batman gets exposed to an experimental gas, which turns him into a giant in this Sheldon Moldoff story from Detective 292 (June 1961). 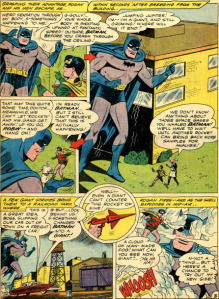 Batman does his best to continue his war on crime, but his giant size makes life difficult.

Kathy Kane adds a complication to the story, as she has a date with Bruce Wayne, which of course he cannot come to.  A mysterious stand-in takes his place. 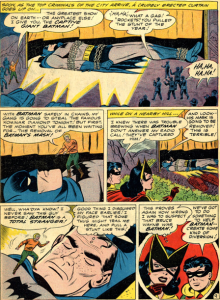 Batman’s inability to manage at his height winds up putting him in the hands of his enemies, but he has taken care to disguise his face, so unmasking him does not succeed.

The final panel reveals that it was Superman who stood in as Bruce Wayne, leaving Batwoman convinced Batman is not Bruce. 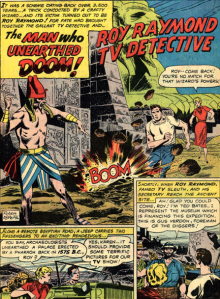 Roy Raymond has his final story in this issue, with art by Ruben Moreira. 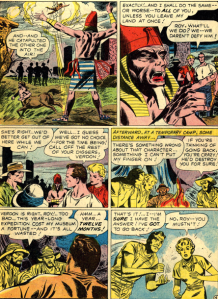 It’s a straightforward hoax story, trying to keep people away from a treasure by pretending an ancient wizard has come back to life.  Roy has no problem with this case, after years of similar ones. 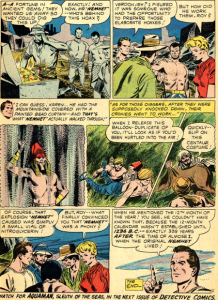 Roy Raymond next appears in the early 70s, in Superman, but Karen has to wait until the 80s, and returns in the pages of Detective, part of Roy’s final solo story.

Detective 293 – Batman on an alien planet, and Aquaman begins