Detective 77 – the Crime Doctor debuts, and the Boy Commandos in the Himilayas 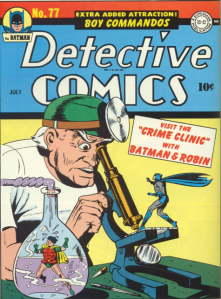 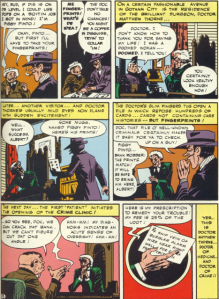 Thorne is a family physician, who advises criminals on the side.  In both cases he behaves much the same way, observation, analysis and prescription.  It works chillingly well. 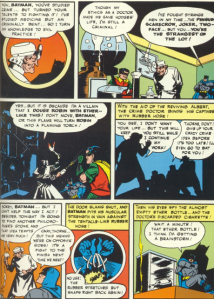 Batman eventually gets on his trail, and the Crime Doctor fares pretty well at holding him off.  When an injured man stumbles in needing Thorne’s help, both he and Batman work together to perform the surgery to save the man’s life.  Batman cannot understand why Thorne would want to turn to crime, with his knowledge, wealth and social standing, but Thorne avows that he does it simply for the pleasure of it.

The Crime Doctor is caught at the end of the story, but the final panel informs the reader of his return in the pages of Batman the following month. 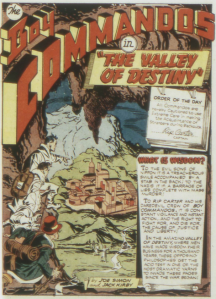 Simon and Kirby send the Boy Commandos deep into China, where they discover a magical land, along the lines of Shangi-La, in this story. 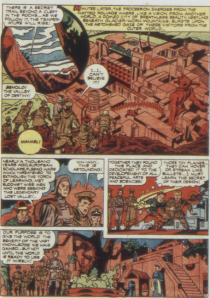 Japanese invaders are approaching, and the Commandos aid the locals, who are deemed Chinese, to fend them off and save the city.  This is highly ironic, I think.  These Shangri-La cities are derived from the shadowy knowledge of Tibet at this time, and the Chinese are not the good guys in the history of Tibet.